The Land She Loved

When Elizabeth Couch came from England to Mukti in 1902, she only planned to be there for a few weeks, but she did not leave until the Lord called her home thirty years later.  Elizabeth was Carrie Couch’s sister.

Elizabeth, referred to as Lizzie, was in charge of helping with the home for boys and young men.  When she arrived, there were no boys.  By 1908, however, the home was established, and she had her hands full dealing with the boys who came.  She writes that most of them were taught to read although they were more eager to work and earn money than to learn.

In 1909 Ramabai asked her to help with another task--printing.  At first, Lizzie was reluctant.  She wanted time to work in the Boys’ Home and sometimes wondered whether the literature made any difference.  God soon convinced her otherwise.  He began to bless the boys as if to show her that He would take care of them while she was busy serving Him with the printing.  She writes, “He is also showing me from this experience that if we are in the will of God, He will take care of His own work.”

In 1916 Lizzie was in a tragic car accident in Bombay.  God spared her life, and she spent five months in the hospital.  As she recovered, she sat outside in the fresh air, hoping it would help her to regain her strength.  Sitting in the Mukti fields by the main road, Lizzie was not idle.  She offered tracts to the people who passed by and was willing to share the Gospel with anyone interested in hearing.  Now she witnessed firsthand the importance of Christian literature.

In her later years, Lizzie continued to spread the Good News.  She could be found at the train station, handing out Christian tracts and magazines.  Soon she was a familiar figure and the guards and those who knew her would call out, “What do you have for us today, mother?”  Lizzie continued to serve God in this capacity until He took her home on May 6, 1932, at the age of 78.  She was buried in the Mukti cemetery, in the land she had grown to love. 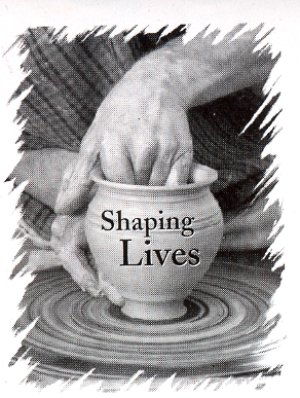