Shaku* and Tara’s* story began many years ago. Coming from a poor village, the girls’ father abandoned their mother when they were very young. Falling prey to depression, their mother suffered an emotional breakdown. In such a state, she could not manage the care needed for two tiny daughters.

Although they moved in with their grandparents, the grandparents lived in the slums of a large city. After coming home from demanding, but poorly paid daily-labor jobs, they would often have to search for their troubled daughter. In her mental turmoil, she would wander here and there all day long.

The Grandmother would return from her day of physical labor and wearily cook food for the family. Exhausted, they then went to bed. This was no life for two little girls needing attention, caring, and guidance. The grandfather brought them to one of the Mukti Orchard Projects when they were three.

Although they are twins, their personalities differ. Both girls study well, but Shaku is more successful academically than Tara. Shaku has a sweet disposition and generally obeys easily while Tara’s quick temper can become a problem, but she has grown in her knowledge and understanding of God’s Word.

One time, Shaku became sick with a high fever. Tara was worried about her, she knew that a family outside of India had sponsored them and prayed for them. So Tara decided to pray: “Jesus, You heard Aunty’s and Uncle’s prayers. Please listen to my prayer and heal my sister.” God was good and heard Tara’s prayer and Shaku fully recovered. How they praised God! 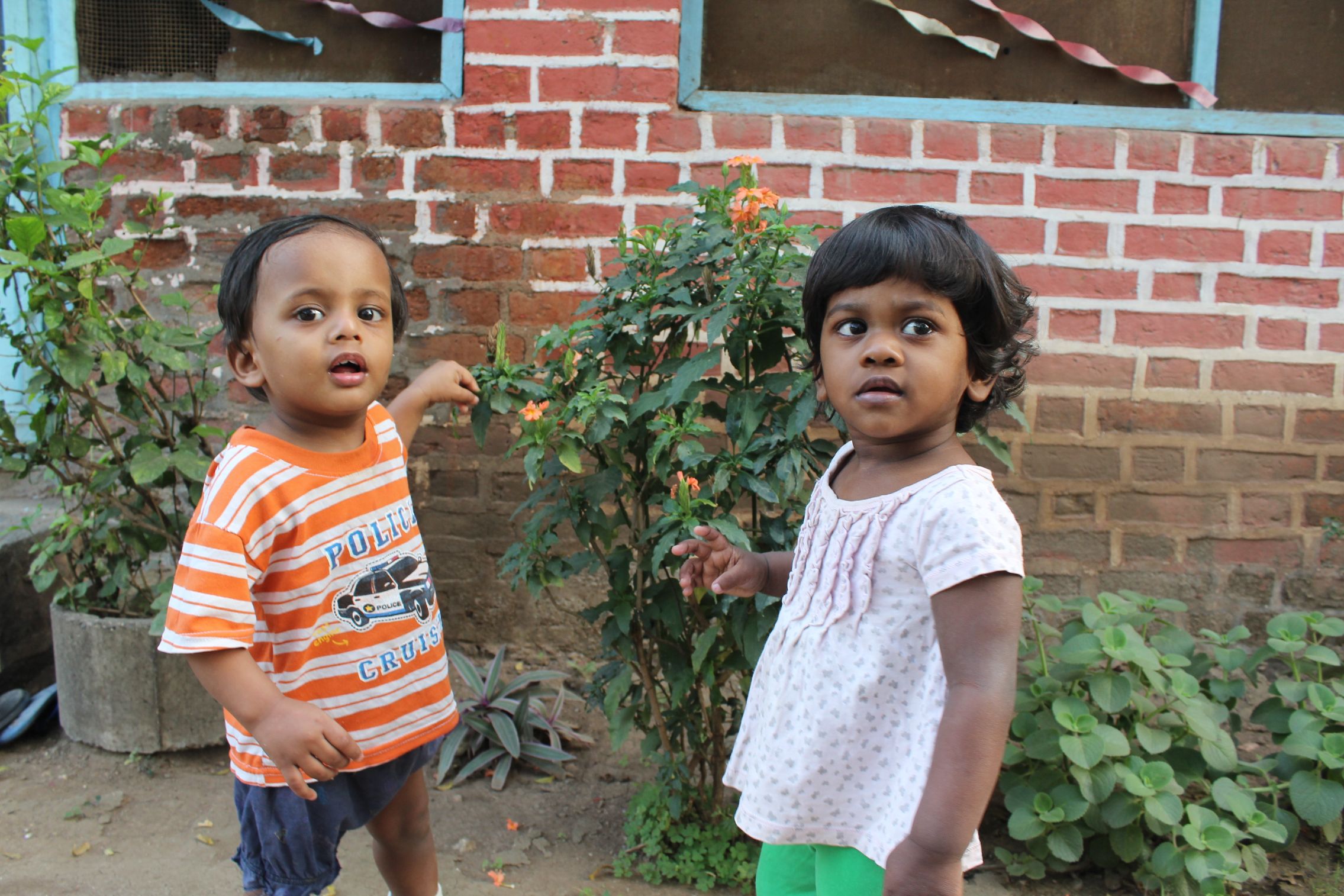