The Mission grounds seemed a beehive of activity. The relentless, steamy-hot sun blazed directly overhead. Staff workers conferred in meetings and others hustled across the grounds to various departments to seek answers to urgent questions. Computer keyboards clicked as office staff across the campus typed up reports and spreadsheets. One gardener pulled weeds with determination in the big garden near the entryway, and another yanked a water hose to various locations, as flowers sagged, thirsty for a drink. The clamor of pots and pans from the huge kitchen clanked into the air as lunch cooking finished and food hurriedly was hoisted into large, shiny utensils for the Mission’s hundreds of residents. Voices of energetic children from the schoolyards floated across the campus.

Immediately outside the gate, vegetable and fruit vendors, along with a fish dealer, sought to sell their goods. The overpass along one side of the campus bellowed with traffic, horns honking, tires screeching and motorcycles vrooming their decibels high into the air. Not far away, the shrill, distinctive train whistle nearly drowned out the din of the traffic. Goat owners whistled their flocks into queues along the roadside, as the goats bleated and clomped in submission. It was early afternoon in the village.

Less than a kilometer from the Mission, many hundreds of passengers from the train station were tramping down the platform to the village. The station has become a prominent station over the past few years. Many temples have mushroomed throughout the village and one famous temple has become a pilgrim spot for many devotees to come and pay respect to their favorite stone idol. Of course, multiple shops have sprung up, too, drawing the attention and business of literally thousands of people.

In the midst of the crowd, a group of seven people—four adults and three children—trudged slowly, solemnly, in search of a place…a place of hope. Would the Mission, they wondered, be able to help, care, and provide for this newly orphaned trio of children? Their mother had contracted a serious heart disease and succumbed to it. The father, only one short month later, was killed in an accident leaving behind these three children who had absolutely no hope of any future.

The owners, a man, and his wife, of the little house, that this family rented were kind and sympathetic people. The parents had always kept a harmonious relationship with them and had paid their monthly rent on time, even though it meant forgoing a meal sometimes. To express their gratitude to the family, the landlord wanted to do something for the children’s welfare.

Suddenly, the wife remembered a leaflet someone had given her on a train ride. A friendly staff member had spoken with her about the Christian’s God, Jesus, and had shared with her about the Mission and the hope it provided for orphaned and desperately poor children. The Mission homes were located in the various Indian States. Impressed with the nice lady and challenged by her words, she had kept the leaflet.

The woman dashed to a dusty shelf in the corner of her house. With thankfulness that she hadn’t tossed it out, she pulled the leaflet from the shelf and dusted it off. This was how the three children came with the house owners and a couple of their friends in search of the Home of Hope. 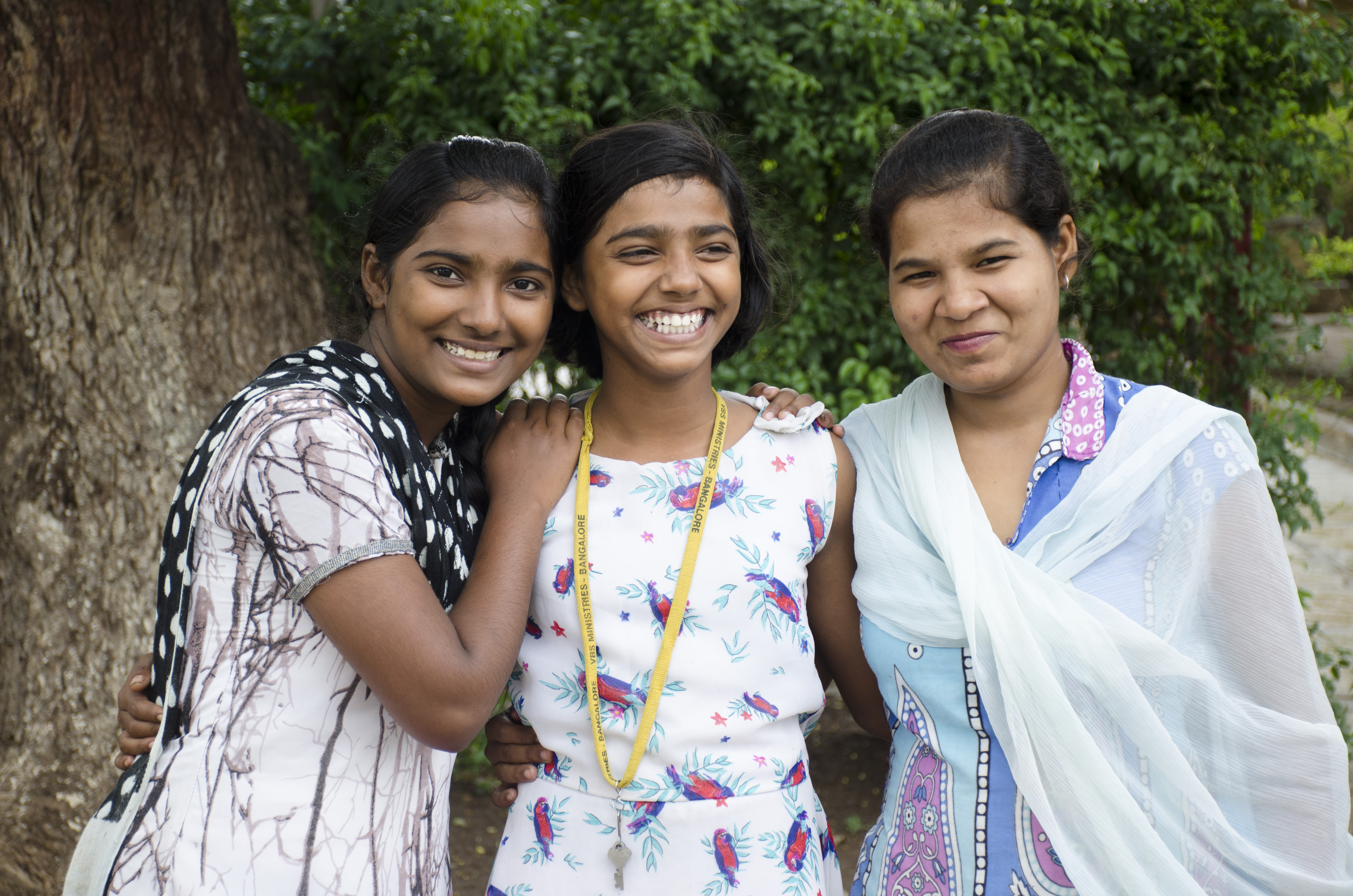 The Mission is a large residence for girls and women, and the two sisters became a part of the Orchid Flower Family there. The brother was admitted into one of the Mission’s Boys’ Homes several kilometers away.

The girls adapted well to their caring house-mother and made friends with their many other ‘sisters’ in the Family. They enjoy learning Bible verses and singing songs. Their house-mother patiently answers the many questions they put before her. They actively participate in children’s activities and have fun performing skits. Both girls were blessed with intelligence and grasped the lessons taught to them in school.

On holidays, their brother travels with other boys who have sisters at the Mission to spend time with them. Mukti Mission has opened its doors as a place of hope, refuge, and a bright future. 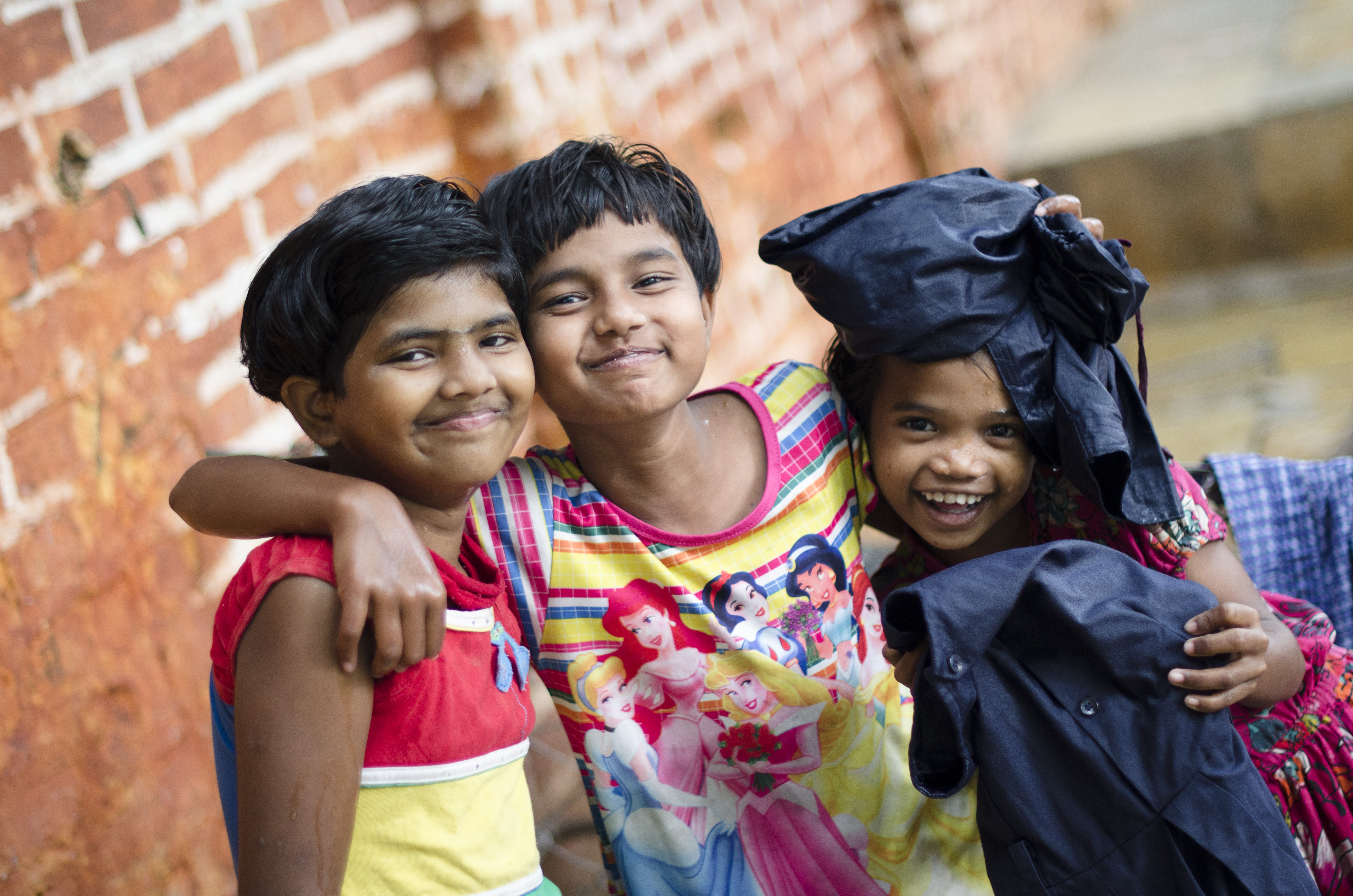